My Thoughts on Brexit

So for those of you who didn’t know, I’m from England. Which does mean that I am stuck in a country in the process of splitting from the European Union. And so I have decided to create an evaluation of it from my perspective, using the same format I use in RE assessments.

“Brexit is in our nation’s best interest.” – Evaluate this statement, referring to political views in your answer.

Some people would agree with this statement, because we would no longer be paying vast membership fees to the European Union every year. However, some would disagree because we would lose access to the EU’s single trade market that provides so much for this country.

Some people would agree because we would cease payments (in excess of £10bn per annum) to the European Union for membership, freeing up this net income for the country’s own endeavours. In 2016, Britain payed £13.1bn, though we earned £4.5bn worth of spending, so her net contribution to the EU of that year was around £8.5bn. The halting of these payments would free up that money for our own spending and investment, such as into the NHS. The NHS is considerably underfunded, in part due to the amount of staff it has to pay per year, so this freed up £10bn per year could be budgeted to stabilise our healthcare services, with the ability to spend much more on it, and potentially increase pay of its staff, leading to more people wanting to work in such an industry, subsequently less understaffing.

Others would disagree, because the United Kingdom would have their access to the EU’s single trade market revoked. This would be a crippling revocation for the UK’s constituents, as this access allows said constituents to trade without tariff to other EU members, and to access the EU’s 40 external deals with neighbouring and overseas territories. Said trade deals, internal and external to the EU, allow the UK to import and export goods from other countries without tariff. The revocation of those trade deals to the UK would result in a catastrophic loss of income from overseas territories, with 53% of our trade being from other EU countries and EU-agreed deals in 2017 alone. Such a loss would dramatically impact our income, which would cancel out any gains we got from our halt in payments to the European Union.

In conclusion, I believe that Brexit is a democratic nightmare that has triggered the slow but sure divide of the UK’s parliament, government and ultimately her people. I also believe that while the UK will suffer heavily under Brexit, Theresa May’s proposed Brexit deal is the only deal that delivers on that historic referendum of 2015 without causing a single-action collapse of our economy and status in this world. It is also the only option we have that will keep our economy from collapse that does not involve leaving one union to join another (in the case of the Norway+ deal) or involve a deal-less exit from the EU. So all in all, while I do believe that Brexit will be the cause of a social and economic deprivation in the UK, I believe that as we are too far into this catastrophic process to trigger another referendum, and as such should get it over with, and take the deal that Theresa May has proposed, the only deal that promises (should all go well) not to radically impact our daily lives as citizens of the United Kingdom. 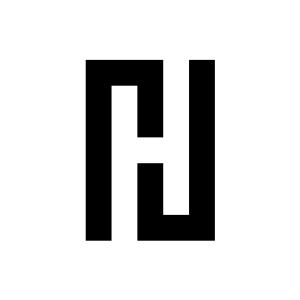